Words of wisdom straight from the source! 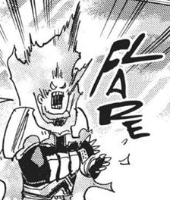 Endeavor-san was just looking over my shoulder as I was making this. Hmmmm, sorry, Endeavor-san, but this is my website and if I want to make a shrine dedicated to the coolest fire guy around, that's my right as the number two hero! 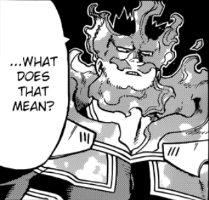 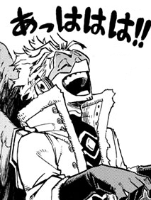 A lot of people don't know this, but Endeavor-san is really a funny guy!

He yells this one a lot when I'm around. 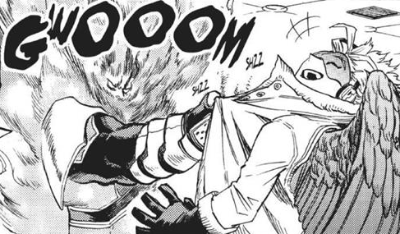 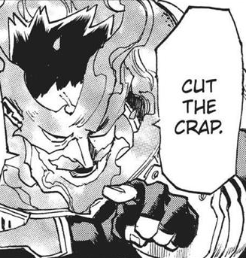 Uh-huh, yeah, sure. Somehow I don't think Endeavor-san tells all the bird guys he hangs around their eyes look like eggs. ;) 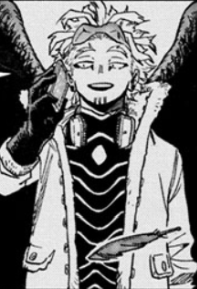 Oh, hey, by the way, there's a favor I need to ask... Hmmm, but it's pretty important. I'm going to phone him and see what he has to say—

❝Oh, for the love of—!!! You there! Tell those clowns over in IT to let Hawks run his damn website. Only fools would put any stock in anything he writes. A cease and desist letter, my god... Nonsense, all of it. I bet All Might never had to deal with this level of absolute bullsh—❞


To be honest, I'm not sure the webmasters of Endeavor-san's official fansite are in his IT department, but I decided not to question it. I think he forgot he even had me on the line anyway. He got on a pretty good roll with all that. I edited it significantly for length. But the important part is right there in quotes from a real phone conversation I had which anyone can ask him to verify: Endeavor-san legitimized everything I'm posting here, so I won't be deleting anything. Pretty considerate of him, but what else are friends for?

Oh, he also gave me the perfect opening to ask him to tea for All Might. I'd almost forgotten I'd agreed to do that, mostly because I already knew Endeavor-san's answer, but I, unlike some people, keep my promises. Now, I could just look All Might's contact information up on the Hero Network, but why bother when you have a cute, little U.A. student for a minion who gets taught by him personally and can hand-courier your message for you? Funny how things always work out in the end sometimes.

But since I'm afflicted with the burden of sweeping knowledge, I'll tell you what a little bird managed to figure out...

Tokoyami-kun was supposed to tell All Might you said no, but he thought to himself the rejection would go over better coming from his classmate Midoriya-kun. He and All Might are close, I guess. So Midoriya-kun did it, but then he didn't know how to contact you with All Might's return message - this was before you took on interns, though I'm suprised none of them told you this - anyway, so he asked Shouto-kun if he could pass it on since you're his dad. Except—

Now, now, Endeavor-san! Any adept chef knows you have to let things simmer for the plot to thicken!

Well, you'd have to ask Shouto-kun what he was thinking here, but instead of shooting you a text, he went straight to his homeroom teacher - old Eraser Head, you know - and told him pro heroes were exploiting U.A. students as a personal mail service. A total misrepresentation of events! But Eraser Head believed him and brought the issue to the school principal who contacted Madam President to express his concern, and well... I suppose she made her own decision. Strong-arming heroes into service with the power of suggestion is pretty well in-line with her style. I can't really argue with it - Flame of Hope Endeavor chatting leisurely with the former Symbol of Peace All Might? The public's gonna love this!

Hey, but look on the bright side, Endeavor-san. No one said you couldn't bring along a plus one for moral support. I volunteer! I'm pretty well-acquainted with restaurants, tea rooms, and cafés all over the country. How about Nara? Just as a neutral getaway? I hear it's lovely this time of year. 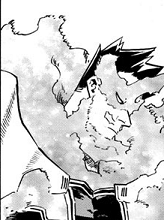 Just watch this space for more direct commentary with Endeavor-san!